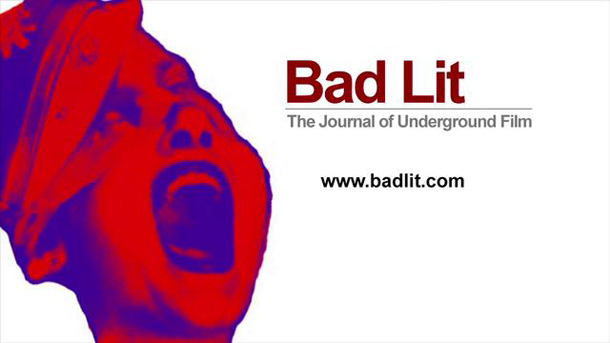 This might be a total mis-remembrance, but it goes something like this: In an interview, horror filmmaker Wes Craven turned the tables on his interviewer and asked, “How many people have been killed in all the Nightmare on Elm Street movies combined? … None, it’s all make-believe.”

If horror movies are the means by which non-violent people can experience the darkest realms of the human psyche via projected surrogates, then German filmmaker Michael Kosakowski doesn’t let the subjects of his documentary Zero Killed off quite so easily.

The film begins with a title card explaining its unique conceit. For the past ten years, Kosakowsi has been asking a wide swath of people to reveal, on camera, what their most secret murder fantasies are. Then, once they’ve spilled their metaphoric guts, the subjects were asked to act out those fantasies — fictionally, of course — in a short film. Finally, later, Kosakowski interviewed all the participants again about the entire experience.

Other than that opening card, the filmmaker remains invisible behind the scenes, allowing his subjects to pontificate freely without interruption or guidance. The subjects also remain relatively anonymous. While their voices and visages are plainly on display, their names are never given. Kosakowsi only identifies them during the end credits by their respective occupations.

A majority of the subjects, it seems, are creative types — actors, painters and the like — which might somewhat explain their ease in front of a camera even when discussing difficult subject matter. Although there also seems to be a decent amount of regular journeymen to presume that Kosakowski has selected a decent cross-section of folks to participate.

Furthermore, the final film only feels lightly structured. Some similar topics, such as the use and effectiveness of the death penalty and/or torture as social deterrents, are vaguely grouped together, but otherwise the discussion is fairly free and flows nicely between each interviewee, some of whom appear a few times throughout the entire work.

By allowing that overall structural looseness and giving directorial freedom to the subjects, Kosakowski is thus asking viewers to come to their own conclusions on how to react to their fellow human’s attitudes towards murder and death. Every viewer, depending on their preconceptions of humanity, will, of course, feel differently: Is the film extremely revealing? Horrifying? Or simply mundane?

There’s no denying Zero Killed‘s essentially intriguing premise and powerful execution. (Pun somewhat intended there.) This reviewer, though, who holds perhaps a dimmer view of humanity than others, wasn’t too surprised to listen to many average citizens openly reveal their horrifically brutal imaginations and then act out on them.

However, what turned out to be surprising was how many of Kosakowski’s confessions were so impersonal. Ask this reviewer to participate in a Zero Killed sequel and an old college roommate having a date with a hammer or visiting a tall rooftop could be easily conjured. (Emphasis on the “could be,” wink, wink.)

But here instead, several subjects discuss killing in the name of some imaginary revenge or in defense of the state or frankly just doing it if one could reasonably get away with it. One of the most fascinating fantasies discussed, particularly because so many of the subjects are German, is the one dude who doesn’t dream of killing Hitler, but killing the people listening to one of the Fuhrer’s speeches at a rally.

Perhaps unintentionally then, most of the murder fantasies revolve place their subjects into a heroic or, at the least, a blasé anonymous position. When the killings are discussed in the theoretical sense, they come across as simple mischievous acts. No one goes so far as to cast himself or herself as an evil character. Murder must be done in their worlds because it must be done, not randomly and not too personally. However, it’s a reasonable assumption that the subjects would cast themselves in that kind of light since they are not, as far as we know, actual murderers.

When filmed, though, the murders are, for the most part, horrifically brutal. Extremely rarely does Kosakowski present an entire short film based on one of his subject’s fantasies. The on-screen killings are thrown at us in violent and grotesque little snippets that remind the audience that, yes, the subjects are talking about a despicable act. Most of the killings range from the simply bloody to the extremely vicious. The longer segments we see are the ones without any blood at all: A poisoning, a faked accident, an act of euthanasia.

It’s a bit of a cliché to call something “food for thought,” but that’s exactly what Kosakowski has designed with a very purposeful air. Zero Killed offers no overarching morality or sentimentality. The filmmaker doesn’t even ever reveal what the entire purpose of his experiment is in the first place. Zero Killed is a fascinating discussion starter, both on external and internal levels.

Read the review on badlit.com

This entry was posted on 22/10/2012 by Michal Kosakowski. It was filed under News, Press reviews .