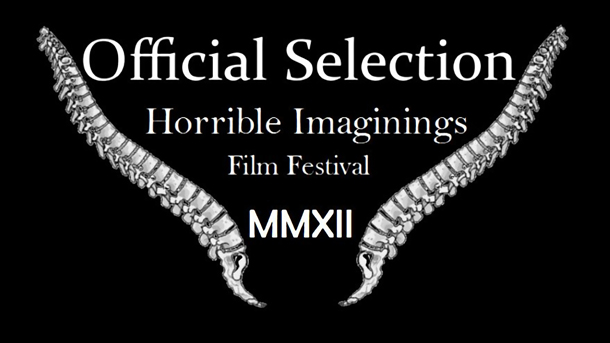 A conversation from around the globe! Michal Kosakowski is a film director based in Germany whose documentary Zero Killed is racking up awards on the film festival circuit. This unique collection of short films and interviews attempts to explore a very taboo and dark topic–the murder fantasies of regular people from all walks of life. The result is fascinating, and Kosakowski has a lot of great things to say about what he learned on his dark journey making the film. This is an episode I am quite proud of–please enjoy it! I am bringing Zero Killed to San Diego! It will be the first documentary screened at the Horrible Imaginings Film Festival.

… This is the third year for the Horrible Imagining’s Art Show and Film Festival , which kicks off next Wednesday at the 10th Avenue Theatre and Arts Centre and continues for three weeks. The festival’s director, Miguel Rodriguez, describes Horrible Imaginings as, “The first film fest in San Diego to showcase macabre cinema and art.” Rodriguez’ mission statement for the festival is to elevate the horror genre, create a conversation about horror, and provide a venue for the artists to achieve the goal of horror as an “expression of a feeling.” …

… The documentary film “Zero Killed,” directed by Michal Kosakowski, is a look at the darker and more murderous side of human nature. The film poses the question “What are your murder fantasies?” to people from all walks of life. Personal interviews, as well as some of those interviewed starring in short films of their own murder fantasies …