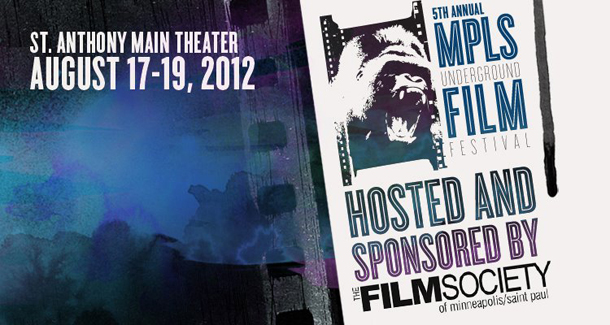 ‘Zero Killed’ has been selected for the 5th Annual Minneapolis Underground Film Festival.
The screening is scheduled for

Hosted and sponsored by The Film Society of MSP at St. Anthony Main Theater. The Minneapolis Underground Film Festival – MUFF utilizes the MSP Film Societies screen 3 at St, Anthony Main theater to showcase underground cinema’s most provocative and original work. Selected filmmakers will be on hand for an audience Q&A after their screenings, we will also feature an informal filmmaker lounge where audience members can interact with filmmakers from around the world. This year’s Underground Film Festival will take place in the summer featuring standout local, national and international films, an outdoor screenings and after-parties featuring local bands and DJ’s. Channel Z produces our awards ceremony with sponsored awards for the winners! Please stay tuned MUFF will be announcing our sponsored prizes in the coming weeks.
Awards include Largest Audience, Best Soundtrack, Cinematography, Short Film, Editing, Experimental, Documentary, Best Feature and Audience Choice awards. This year each award will feature selected prizes from our sponsors as well as the possibility of being screened again in the future.

People with different non-criminal backgrounds talk about their murder fantasies and get the chance to stage their fantasies as short films. A decade later, the director meets with these people and interviews them about current topics such as revenge, torture, war, terrorism, media, domestic violence, the death penalty, suicide etc. Their replies are juxtaposed with the short films based on their murder fantasies.

Check out also our Facebook page and become a fan!

This entry was posted on 04/08/2012 by Michal Kosakowski. It was filed under Festivals, News .