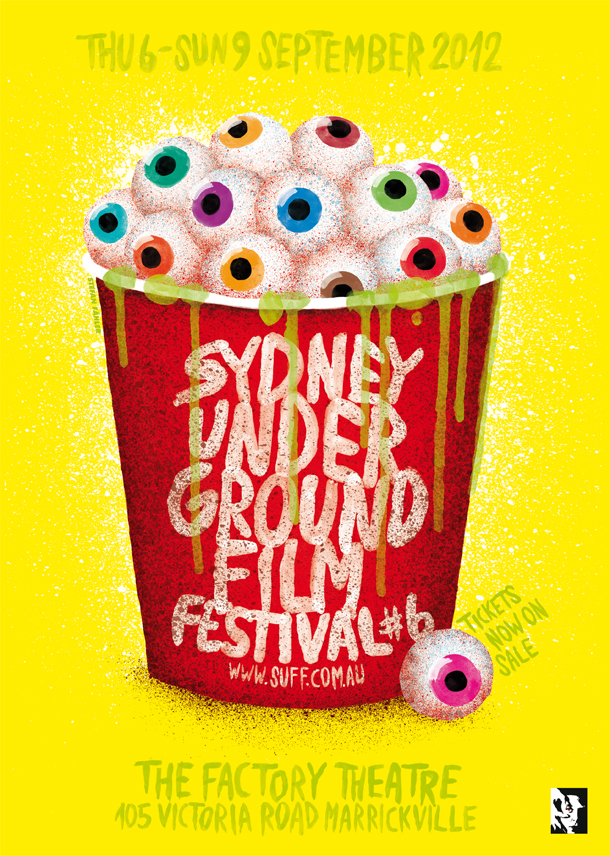 ‘Zero Killed’ goes Australia! We’ve been selected for the 6th Sydney Underground Film Festival.
The screening is scheduled for the

SUFF programs only the best independent, experimental, arthouse, provocative and daring films from around the world! The Sydney Underground Film Festival is dedicated to nurturing an alternative film culture through the promotion of independent and experimental films. The festival seeks to support filmmakers who operate outside established film industry infrastructures, by providing a platform for exhibition, exposure and critical discussion.

We are proud to announce that ‘ZERO KILLED’ will be screening at the South Texas Underground Film Festival in Corpus Christi, Texas, USA. The Festival will run between September 21 – 27, 2012.
The screening schedule will be online soon!

South Texas Underground Film’s sole mission is to engage and inspire the community by screening films without discrimination, creating new films, teaching the art of filmmaking and networking with fellow filmmakers.

South Texas Underground Film wishes to expose Local and International Underground and Independent films that are diverse in technique, background, and culture by providing a public forum to the South Texas community.

Another Film Festival for ‘Zero Killed’ in the USA – this time the movie will be screened at the 8th Dragon*Con Independent Film Festival in Atlanta, Georgia!
For 2012, The Independent Festival will run 4 days, August 31 – September 3, 2012 within Dragon*Con at the Hyatt Regency Atlanta and Atlanta Marriott Marquis in downtown Atlanta, Georgia.
Dragon*Con is America’s largest annual convention for fans of Science Fiction, Fantasy and Horror, Comics and Art, Games and Computers, Animation, Science, Music, Television and Film.

The screening schedule will be posted soon!